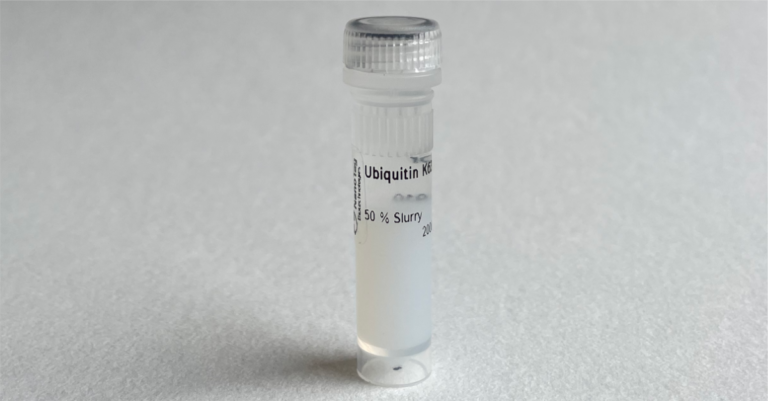 Proteins in cells can be ubiquitinated where E3 ligase catalyzes the last step of this process. After conjugating the initial ubiquitin on the target protein, further ubiquitin proteins can be conjugated to the first ubiquitin resulting in a polyubiquitin chain. The conjugation of new ubiquitins to form a poly-chain happens at one of the seven lysines (K) present in ubiquitin. The addition of a new ubiquitin on the lysine at position 63 (K63) provides a different fate to the target protein than if linked on another K. (change!)

Our sdAb binds most specifically to this linkage, thus resulting in the exclusive recognition of K63 linkages on polyubiquitin chains.

This product was a co-development with